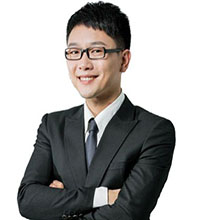 2) interpret the social phenomenon reflected by them, and

3) give your point of view.


The pictures vividly reveal that heavy traffic is becoming increasingly serious all over the world. In the first photo, there is traffic congestion on the road with numerous cars, trucks and buses. In the second picture, hundreds of people are waiting for a train.

We can deduce from the pictures that the photographer is trying to attract our attention to the issue of heavy traffic. First of all, every year men and women crowd into cities in search of employment, a decent living, and the excitement and stimulation of urban life. As people in mounting numbers flood into cities, city services and facilities have been strained to a breaking point. In addition, since in a city with booming industry, land is precious and cannot be extravagantly used by traffic, traffic flows constantly rise to fill whatever scale of roads and highways are provided for them.

It is imperative for us to improve this situation. For one thing, the number of private cars should be limited while more bus routes should be opened up because buses can accommodate more passengers. For another, more streets and roads should be constructed. Since neither of the suggestions can effectively solve the problem, there is an increased awareness that the two solutions may be combined with other possible solutions to produce the best effect.